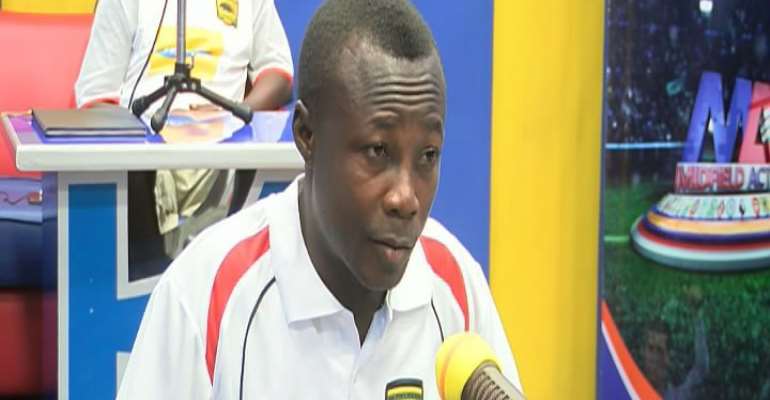 The Communications Director of Asante Kotoko, Lawyer Sarfo Duku has emphatically said his outfit will win against Zesco United to put smiles on the faces of Ghanaian football loving fun after the Black Satellites failed to qualify for the U-20 World Cup in Niger.

The former World Champions failed to qualify for the semifinal stage of the ongoing Africa Youth Championship in Niger after losing 1-0 to Mali in the final group game on Saturday.

The team's elimination from the Mundial means they have missed out on a place to 2019 U-20 FIFA World Cup which will be held in Poland.

With Asante Kotoko preparing for their second group game against the Zambian giants ZESCO United on Wednesday, Lawyer Doku says even though the nation is wailing over the Black Satellites' exit from the AFCON, his outfit will do their utmost best to bring joy to every football fan in the country when they come up against ZESCO United on Wednesday.

"Preparation for the match is going well. All the registered players are gearing up for the game expect goalkeeper Ibrahim Danlad who is away with the Black Satellites," Lawyer Duku stated on Happy FM.

"Management have done their bit to motivate the players to win the match and we hope every effort that we have put in this ahead of the match will bring us win on Wednesday."

"With the Black Satellites exiting the tournament, all the attention have descended on Kotoko to do well and I can assure every football fan that we'll not disappoint. The nation should get behind us in our bid to bring joy on their faces again."

The highly-anticipated clash is scheduled to come off on Wednesday, February 13, at the Baba Yara Sports Stadium.

Kotoko are sitting 3rd on the Group C table with zero points after one round of games.