Captain One Golf Society Gives To Angel Of Hope Center 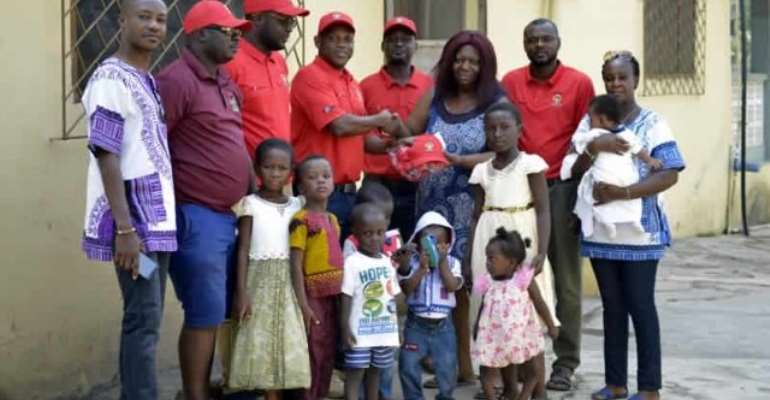 The charity arm of Captain One Golf Society has made an undisclosed cash donation to the Angel of Hope Center, an orphanage home at Tarkwa in the Western Region.

Founder and president of Captain One Golf Society, Pius Ayeh Appiah, made the donation amid a call by the beneficiary for more support.

The founder explained that Angel of Hope Center has been adopted by the professional golfers in the society to train the kids in the game of golf and would be the first home to benefit from the society.

He said the society begun in Tarkwa and although its membership cuts across the country and beyond, it was prudent for them to support places within their roots before moving out.

‘‘Because professional golfers are the only people allowed to teach golf in the country, we call on more professionals to join the society so that they can support the dream of taking golf to the less privileged,” he said.

Captain One Golf Society is a society that has non-political objectives and to foster the interest of members in golf for the promotion of the game of golf.

The society is aimed at helping members to maximize all benefits in golf including, exercising, developing skills and making money and also organize golf clinics for schools and orphanages.

Executive Director of Angel of Hope Center, Madam Esi Antobam, thanked the society for their kind gesture and assured them of her support and assistance to make their dream a reality.

According to her, the charity home has been in existence for over a decade and currently has 35 children with the oldest being 27 years who recently completed the University of Mines at Tarkwa.

She called on the general public to come on board to assist the home as they pride on the topmost care for the kids.

The team were taken around the facility to have a first-hand view of where the kids stayed and the kind of urgent support they would need.