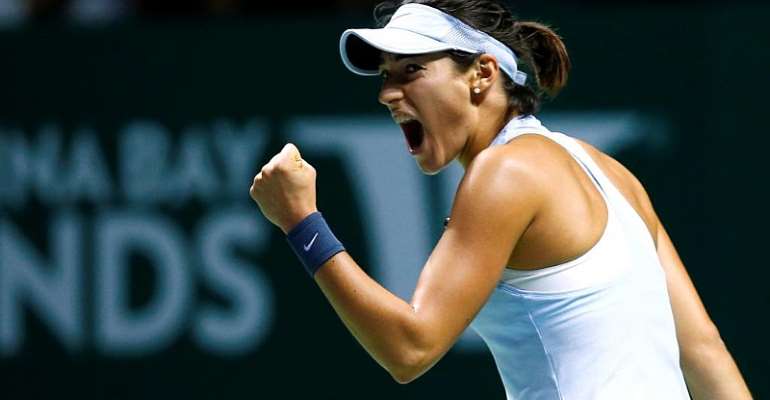 Caroline Garcia, France's top female tennis player, was called up on Tuesday to play in the Fed Cup against Belgium in February.

Garcia, 25, has not represented her country in the national team competition since 2017.

Julien Benneteau, the France skipper, said: "It would have been unthinkable not to call her up. She is the best player in the country and I want to have the strongest possible team."

Benneteau, who took over as captain from Yannick Noah in June 2018, has raised eyebrows with his selection of Garcia.

She irritated Mladenovic and Cornet when she decided to concentrate on her single's career in 2017 a few months after competing in the final against the Czech Republic in November 2016.

After a first round defeat in February 2017, Mladenovic pointedly said: "It's better to play and lose with people who are willing to fight with you."

Despite the barbs, Noah picked Garcia for the play-off tie against Spain in April.

However Garcia pulled out due to a recurrence of muscle injury.

Her withdrawal led to sarcastic posts on social media from Mladenovic and Cornet.

Garcia gained her revenge with a straight sets mauling of Cornet in the last 16 at the French Open in June.

"Caroline knows she has been selected," added Benneteau. "And she knows everyone is looking forward to her return and will do their utmost to make her feel comfortable and happy."