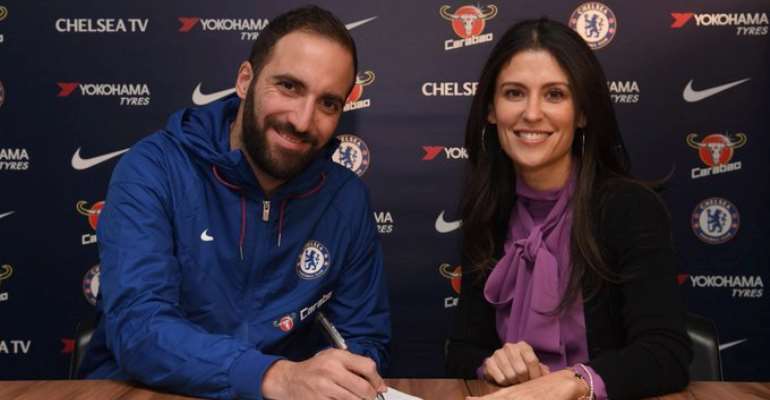 Chelsea have boosted their attacking options with the loan signing of Argentina striker Gonzalo Higuain from Juventus.

The 31-year-old will remain at Stamford Bridge until the end of the season.

"When the opportunity to join Chelsea presented itself I had to take it," Higuain, who will wear the No 9 shirt told Chelsea's official website.

"It’s a team I’ve always liked that has a lot of history, a wonderful stadium and they play in the Premier League, a league I’ve always wanted to play in."

Higuain made his name at Real Madrid, where he won three La Liga titles in six years.

He then had three successful seasons at Napoli and, under the tutelage of current Blues head coach Maurizio Sarri in his final campaign there, he recorded 36 goals to beat the record for the most goals scored in a Serie A season.

Higuain signed for Juventus in 2016, winning back-to-back Serie A titles, and this season he has been on loan at AC Milan.

He has been capped 75 times by Argentina, scoring 32 international goals.

Chelsea, who are fourth in the Premier League table, travel to AFC Bournemouth for their next League fixture on Wednesday, 30 January.