First Class Heritage Center To Be Named After Chinua Achebe 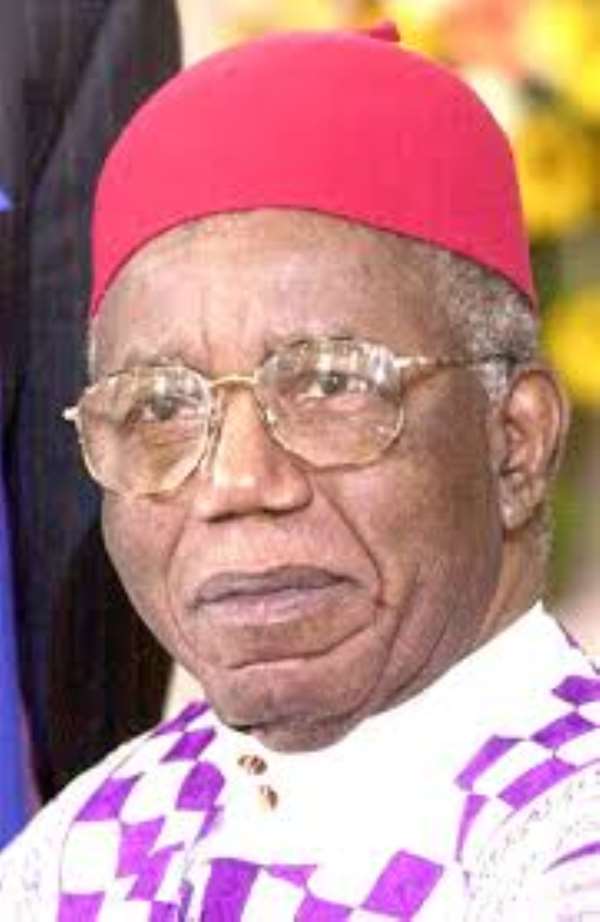 A world class heritage center to be named ‘Chinua Achebe Cultural and Event Centre’ at Ogidi in honour of Africa’s best-selling literary giant, Chinua Achebe. This was made public during an address delivered by the traditional ruler of Ogidi, Igwe (Pharm) Alexander Onyido, Ezechuamagha 1 of Ogidi, during the re-instatement and induction ceremony of the Ogidi Social Club of Nigeria in Lagos.

The traditional ruler mentioned the cultural heritage as one of the priorities of the community while addressing the indigenes at the event which held at the Ogidi Civic Centre in FESTAC Town, Lagos.

At the colourful ceremony, which heralded a grand display of the deep cultural heritage of the Ogidi people of Anambra State, the Ogidi Social Club, set up primarily to promote love, unity and the spirit of progress amongst the indigenes initiated a fresh start with reinstatement and induction of old and new members in Lagos after being moribund for almost 25 years.

In his welcome address during the event, the patron and coordinator, Chief Obi Iloabachie, called the event an epoch-making one. He said: “We welcome you to this epoch-making event, which is the reinstatement and induction ceremony of the Ogidi Social Club of Nigeria, Lagos branch. Today marks an important milestone in the history of the Ogidi Social Club of Nigeria, Lagos branch. Lagos branch was inducted on 20th February 1982. After the late Chief M. K. O. Abiola political saga in 1993, the branch went comatose. After many years in limbo, Lagos branch is today reinstated with over forty youthful new members. Glory be to God, who made this possible. We express our gratitude to God Almighty and to our Grand Patron, His Majesty, Igwe Uzo Onyido, who in spite of his tight schedule came to grace this occasion.”

The Central Executive Committee of the club in its message at the event urged Ogidi people everywhere to resuscitate the club in their domains in the interest of Ogidi community.

“We use this opportunity to urge all other branches like Umuahia, Warri, and the ones in the North, to emulate the example of the Lagos branch. We are coming to a stage when all the branches of the club in Nigeria and the Diaspora will join hands with the Igwe, who has been doing well in directing the affairs of the town as regards Ogidi developmental projects for the benefit of our people at home.”

The Chinua Achebe Cultural Centre will among other things serve as a resort and resource centre for knowledge and leisure.

Fix 'dumsor' or Twitter will ditch Ghana for Togo – ASEPA to...
18 minutes ago