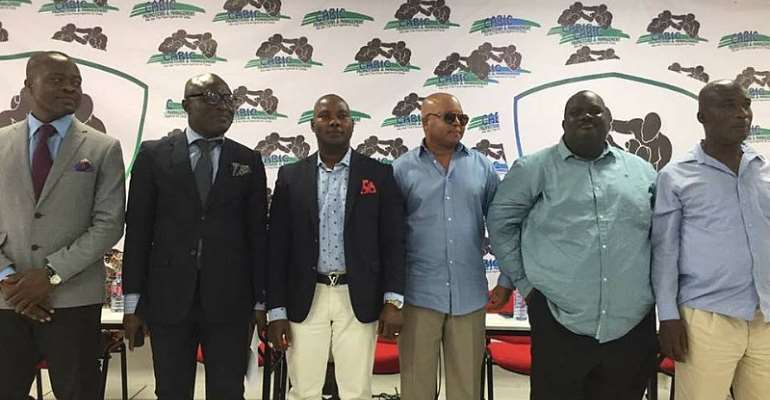 Cabic Boxing Promotions and Management have been named 2018 Promoters of the Year by the Sports Writers Association of Ghana (SWAG).

The boxing outfit which bounced on the scene in their first season organized quality events and were very particular with the media.

During the year under review, Cabic organized three quality programmes at the Bukom Boxing Arena and excelled with entertainment also by Efe Kyzz and Papa Row.

They also have a social responsibility programme to fight against drug abuse among sportsmen and women and the youth.

Ivan Bruce Cudjoe said before the award was given that, they remain focused and committed to giving Ghana a world title in 2019 and also reducing people who use drugs in the country.

Mohammed Amin Lamptey, PRO of Cabic on his part thanked the boxing fans who made the sport exciting last year. He noted that Cabic will continue to bring to Ghana the best boxers in Africa.

Meanwhile, Isaac Dogboe and Richard Commey have been nominated for the SWAG Boxer of the Year. Dogboe who won and lost the WBO junior featherweight title is also in contention for the SWAG Sports Personality of the Year.