Mukarama, Others Out Of Africa Best Footballer Award 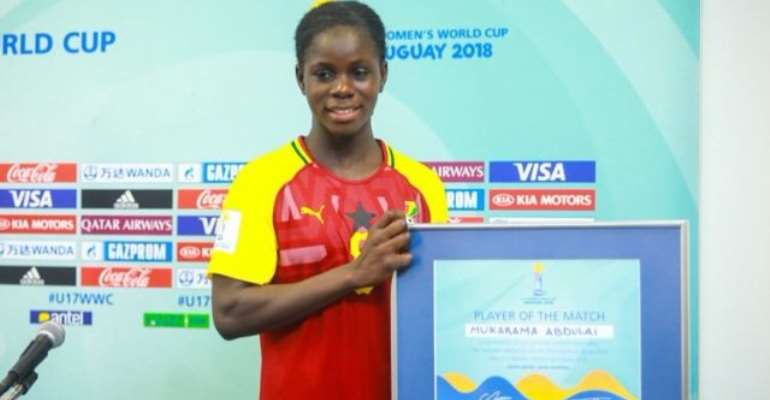 Elizabeth Addo, Portia Boakye and Mukarama Abdulai have been sidelined from the Women’s Africa Footballer of the Year award slated for Dakar, Senegal on January 8, 2019.

Addo and Boakye played a key role during the Black Queens botched Women’s Africa Cup of Nation competition hosted in Ghana in November 2018, while Mukarama was the star in the Black Maidens' FIFA U-17 Women's World Cup campaign in Uruguay.

Despite winning the Bronze Ball and the Golden Boot award after scoring seven goals during the Under-17 World Cup, the Northern Ladies forward could not make it to the final three but two high performers in the Nigeria team that won gold during the Women’s AFCON made the final list.

South African Chrestinah Thembi Kgatlana, who emerged player of the tournament at the 2018 Women’s AFCON, as well as winning the top scorer award with five goals, will be competing alongside Nigeria’s duo of Asisat Oshoala and Francisca Ordega.

The 24-year-old Oshoala played a key role in helping the Super Falcons successfully defend their title at the 2018 Total Women’s Africa Cup of Nations (AFCON) in Ghana.

However, she is expected to face a stiff competition from her Nigerian teammate, Ordega, who was outstanding during the Women’s AFCON and in the USA, where she plays for Washington Spirit.