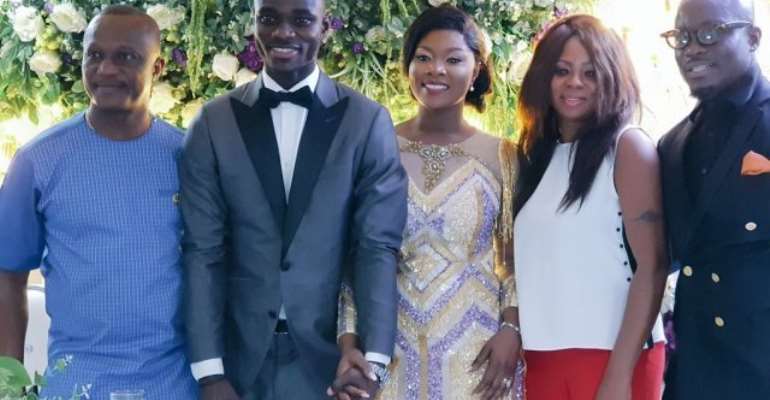 The beautiful wedding ceremony came on at the International Central Gospel Church, Teshie Branch and the reception at the Golden Tulip Hotel in Accra.

The Columbus Crew defender's wedding was attended by some past and current footballers including Stephen Appiah, Black Stars coach Kwesi Appiah, Haminu Dramani and David Accam

The 27-year-old had a successful personal campaign in the MLS where he was named Columbus Crew's Defender of the Year.

He scored one goal in 30 league appearances.