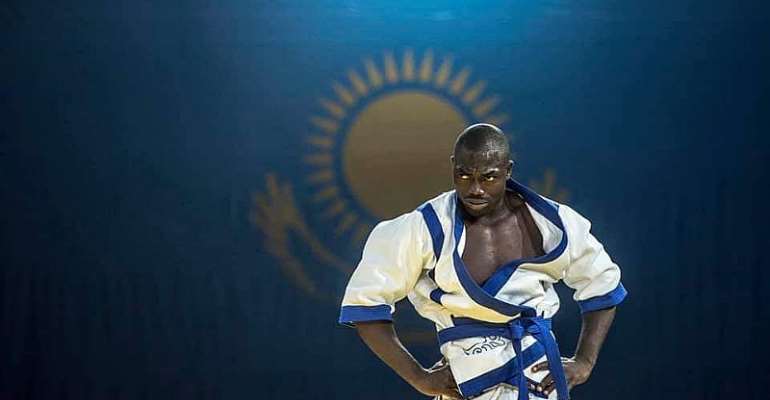 Ghana's Oliveirra Aryeh was in Kazakhstan for the Kazakh Kures Wrestling World Championship on December 2, 2018.

Oliveirra was able to bring down the giant of New Zealand champion Chico Reremoana who weighed 170 kg in his preliminary draw match.

The Ghanaian who weighs 92 kg said it was by divine intervention not by strength that he won.

But when he proceeded to the quarter final stage and faced another tough opponent, Tomasz Piotr Talach from Poland weighing 130 kg, he was floored.

Representatives from 30 countries competed in the tournament.

The event took place at the Almaty Sports Arena in Kazakhstan.

Mr. Aryeh was invited by the Kazakh Kures Federation of the Republic of Kazakhstan who took care of his flight, accommodation and feeding expenses.

He said the sport is very interesting, just like the traditional wrestling, but with Kures, they wear the kimono.

He promised to make the sport popular in Ghana and appealed for support from the sports authorities, especially the Ghana Olympic Committee (GOC) and companies.