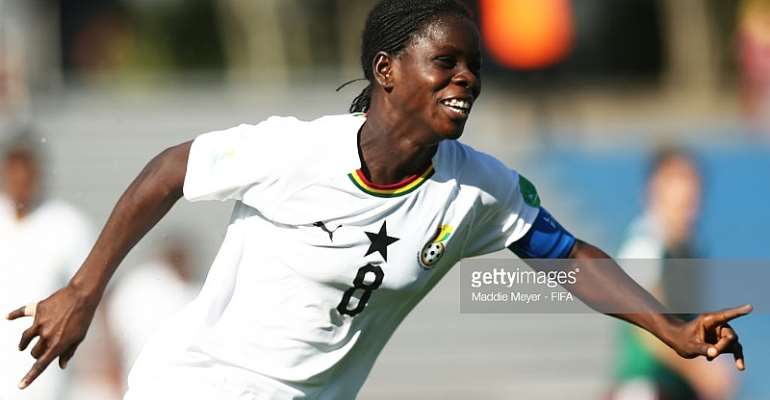 Black Maidens forward Mukarama Abdulai says she feels compensated after winning the Golden Boot and the Adidas Bronze Ball at the just ended FIFA U-17 Women’s World Cup despite her disappointment at Ghana’s quarter-final elimination.

Mukarama, a graduate of the Tamale Senior High Schools, claimed the Adidas Bronze Ball as the tournament’s third best player behind Spain's Claudia Pina and Nicole Perez of Mexico in addition to the Golden Boot as the top scorer with seven goals.

She told the Graphic Sports newspaper over the telephone yesterday, that she would take the two honours as compensation and also as a personal challenge to attain greater heights in the game.

“I am not satisfied with our performance in the competition because I felt that we had an opportunity to go far, even if we don’t win the ultimate. But I feel compensated for winning the Golden Boot award and the Adidas Bronze Ball because even those who made it to the final could not get such an achievement,” the 16-year-old said.

On her future, the striker said she hoped to play professional football outside Ghana and also further her education but had not yet received any offers from any club or educational institution despite her amazing run this year.

“I have not received any contract yet and no club has contacted me but if I get one I will gladly take it. I wish to get an opportunity to play outside while schooling at the same time because I have completed Tamale Senior High School where I read General Arts. I don’t have a preferred club abroad. There are so many women’s clubs and women’s leagues so I will take anyone that comes my way.”

Besides emerging top scorer and the third best player of the tournament, Mukarama cut a piece of football history in Uruguay by becoming Ghana’s all-time top scorer in the history of the Women's U-17 World Cup.

She beat previous record holder and compatriot Janet Ayieyam, who scored six goals in two tournaments (the 2012 edition in Azerbaijan and the 2014 edition in Costa Rica).

On her way to winning the top scorer award, the Northern Ladies forward scored a hat-trick in Ghana’s 5-0 win in the opening group match against hosts Uruguay.

Mukarama scored in Ghana’s next game against Finland before smashing a brace against New Zealand in their final group match to take her group tally to seven goals.

In their quarter-final match against Mexico, Mukarama was on hand again by opening the scoring with a powerful header in the 47th minute but the black Maidens crashed out of the tournament after a penalty shootout.