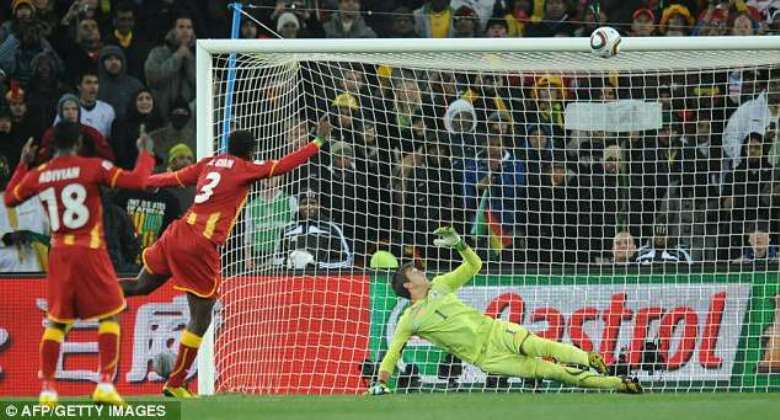 Ghana's all-time leading goal scorer, Asamoah Gyan has confirmed that he wish to change his miss against Uruguay in South Africa still hurt him.

It will be recalled that the 33-year-old failed to convert a last-minute penalty against Uruguay during the 2010 FIFA World Cup.

Despite his brilliant performance in South Africa, Gyan made the headlines for the negative reasons after failing to send Ghana to the semi-finals stage of the competition.

"If I can change anything in my playing career, I would like to change my miss against Uruguay," he told Adom TV.

"It still hurts me because anything I reflect back, I knew I disappointed my country.

Quizzed why he did not allow another player to shoot the penalty, he said, "During that time, I was the penalty taker for the team and all my teammates knew that.

"Even after missing that penalty, I scored after extra time," he added.