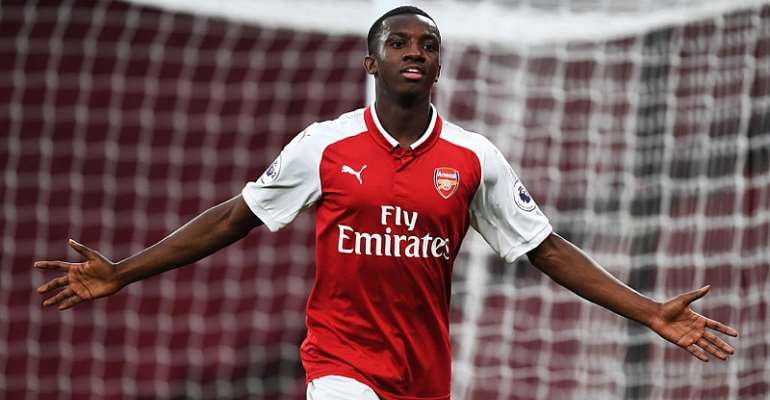 Welbeck suffered a broken ankle during the Gunners' goalless stalemate with Sporting CP in the UEFA Europa League prior to the international break.

It remains to be seen if the 27-year-old forward will play again this season after undergoing two surgeries on the injury.

According to Sanllehi, the injury to the former Manchester United striker could force the hand of first team manager Unai Emery to call upon Eddie Nketiah for the remainder of the campaign.

"That is absolutely something unplanned," he said of Welbeck's injury.

"Yes, that makes you consider things. I am not saying that's a green light to go to the market but we have good players in the house also that may get further opportunities, like Eddie Nketiah for example.

"We need to see. We are in November, so it's a good time to start analysing what options we have in the market. We are not closing the door but it's still not the preferred one.

"The plans were made in the summer. We are happy with how things are going. We are always going to strive to be the best team we can be.

"If there is a very good opportunity, we are definitely going to consider [it], we will see. Danny Welbeck's injury alters, in a way, the views."

With Welbeck's injury, Nketiah could be handed a place in the side's matchday squad for this weekend's clash against AFC Bournemouth as well as Thursday's Europa League game against Ukrainian outfit Vorskla Poltava.

Any attempt by uniformed vigilantes to foment trouble here w...
12 minutes ago

Our spiritual father says vigilantes are being recruited, ar...
19 minutes ago