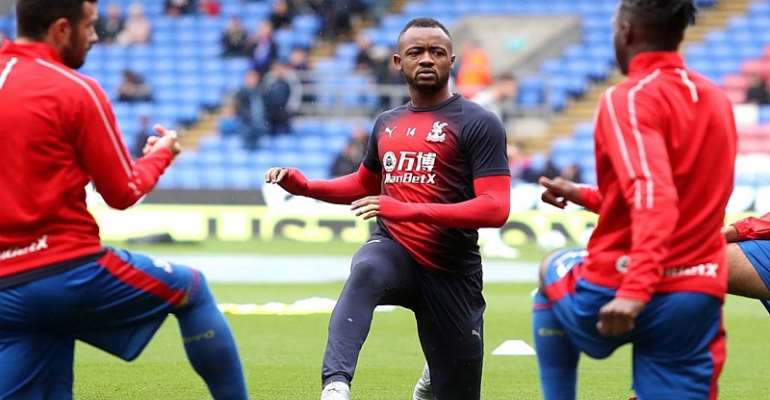 Swansea City loanee, Jordan Ayew says he is hoping to start scoring for Crystal Palace after helping Ghana to defeat Ethiopia 2:0 in the 2019 Africa Cup of Nations qualifier.

The 27-year-old has struggled to after joining the Eagles in the Summer from the Wales-based team.

Jordan his last club goal in April 2018 when he netted for Swansea in their 1-1 draw with Everton in the English Premier League.

The Ghanaian has played eight league matches for the Eagles this season but yet to find the back of the net.

''I thank the fans for their support and I will keep on working hard and I want to take this to the club level as well so they should keep supporting me and the Black Stars team as well because we need their support because that's something that's really important,'' he told Ghana Sports Online.

Jordan scored a brace against the Ethiopians in Addis Ababa on Sunday.

The crucial win has pushed the Black Stars to the 2nd position with 6 points.