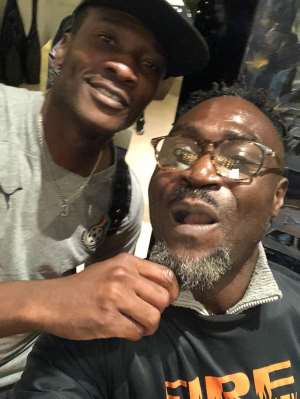 The controversial host of the Fire for Fire Sports show has been a critic of the Kayerispor forward for the past years.

According to him, Ghana's all-time leading goalscorer has failed the country and does not have the requisite to lead the Black Stars. He believes that Dede Ayew would do a better job as a captain for the team.

But in a surprise move, the two of them have been captured in a picture having fun in camp as the Black Stars beat their Ethiopian counterparts today in the AFCON 2019 qualifier by 2:0 at the Addis Ababa Sports Stadium.