Richard 'Olele' Kingson Excited With The Return Of The Ayew Brothers 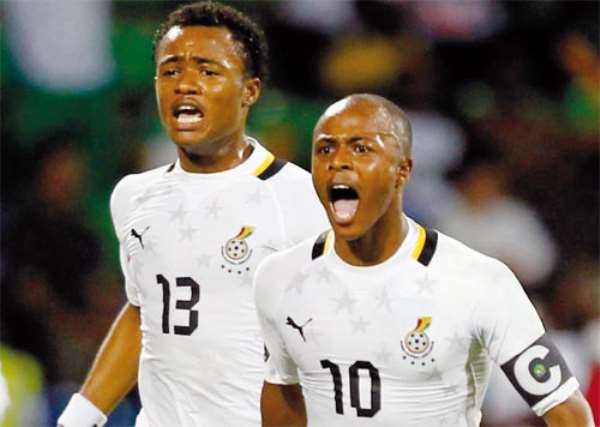 Former Ghana goalkeeper, Richard Kingson says he is delighted with the return of Andre Ayew and Jordan Ayew to the national team.

The duo have been out of the national team for over a year after withdrawing from a World Cup qualifier against Congo in September last year.

But ahead of Ghana's AFCON qualifier against Ethiopia in Adisa Ababa, Coach Kwesi Appiah has named in the brother in his 20 man squad.

"We have a criteria for inviting players to the national team and I think this time they [Jordan and Andre] deserve this call-up."

'l am happy Dede and Jordan are back into the Black Stars."

"I personally believe they deserve to be in the national team and I am hoping they put up a good performance to raise the image of the team.'

Andre returns for national duty in high spirits after scoring to help Fenerbahce to a 2-0 victory over Alanyaspor in the Turkish Super Lig on Sunday.

Jordan, on the other hand, has contrasting fortunes as he drew blank in his eighth Premier League game for new club Crystal Palace in their a 1-0 defeat to Tottenham Hotspur on Saturday.