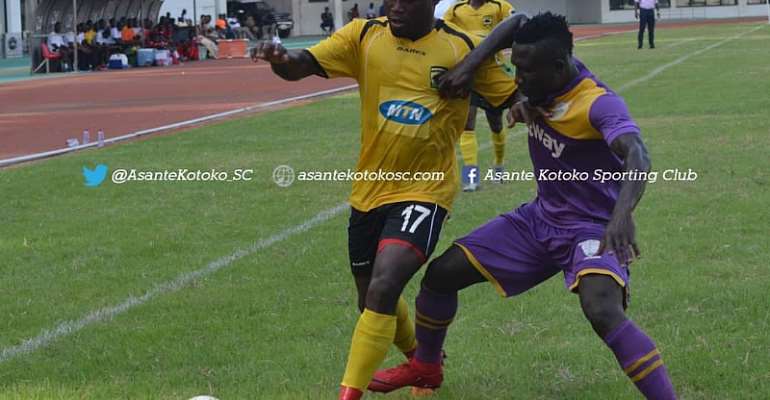 Kumasi Asante Kotoko and Medeama SC has played a one all draw today in a local friendly match at the Essipong stadium in the Western Region.

The Porcupine Warriors are currently stepping up their preparations for their participation in the next edition of the CAF Confederations cup which will start later this month, November 28.

As part of efforts to get their team in shape, they have been playing various friendly matches in the absence of a competitive competition in the country.

Today’s match with the Tarkwa based club ended in a draw with a goal each from either side. Emmanuel “Beckham” Gyamfi scored for Kotoko in the first half to give them the lead.

After failing to add to that goal, they were also unable to protect the lead as Medeama pulled level courtesy a goal from Ibrahim La on the 88th minute.

Kotoko will now round up their ten days camping in Takoradi before returning to Kumasi for final preparations ahead of their first match in the CAF Confederations Cup.

They are expected to play a Togolese side in an international friendly before hosting a yet to be named club from Cameroon on November 28 at the Baba Yara Sports Stadium.