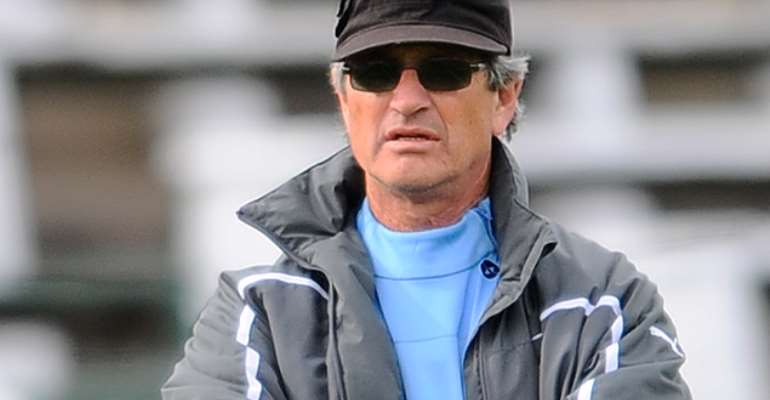 Head coach of Uruguay U17 women's team, Ariel Longo believes nervousness was the bane of his side during their 5-0 thumping against Ghana in the opening fixture of the 2018 FIFA U17 Women's World Cup.

Las Celestes started the ongoing competition on the back foot after Fuseina Mumuni gave Ghana a 5th-minute lead.

Ghana's talented skipper further added two goals late in the game to seal her hat-trick as the Black Maidens claim their first win of the competition.

Speaking to reporters after the match, coach Longo lamented his side's start to the game.

'We made some mistakes which cost us badly. I think the players were nervous because they are young and they had a big responsibility today, also their families and friends were there and it was obvious they were feeling tensed at the beginning of the match but nevertheless, the result was fair.'

'Now they have to turn the page and start thinking about the next match. We prefer that this happened before Japan and Mexico games, we've been defeated but we're ready to turn the page.'

Uruguay will square off against the Netherlands on Friday in the second game of Group A.

Election 2020: You'll have ‘fugitive’ president should Maham...
46 minutes ago