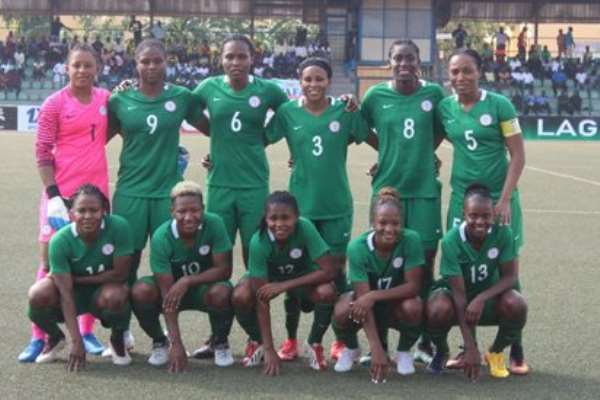 Zambia forward Barbara Banda says the shepolopolo are not scared of record Africa Women's Champions Nigeria ahead of the Women's Cup of Nations in Ghana.

Zambia have been drawn in group B with the Super Falcons, South Africa and Equatorial Guinea.

Nigeria are the team to beat at the championship after winning the competition on 8 occasions, but the 18-year-old forward says they won't be frightened by the African giants.

'We want to qualify to the World Cup. We are not going to Ghana as mere participants,' Banda told the Zambia Football Association.

'The teams look tough on paper but we won't look at names."

'Whether it's Nigeria or South Africa we are focused and we shall conquer,' Banda added.

Banda will be under pressure to deliver after joining Spanish side, club Logrono scoring on her debut, becoming the first Zambian to play in the Spanish women's La Liga.

Zambia have made two appearances at the Africa Women's Cup of Nations with their best performance in 1995, where they reached the quarterfinals.