FIFA U-17 WC: All Set For Uruguay Vs Ghana Match Tonight 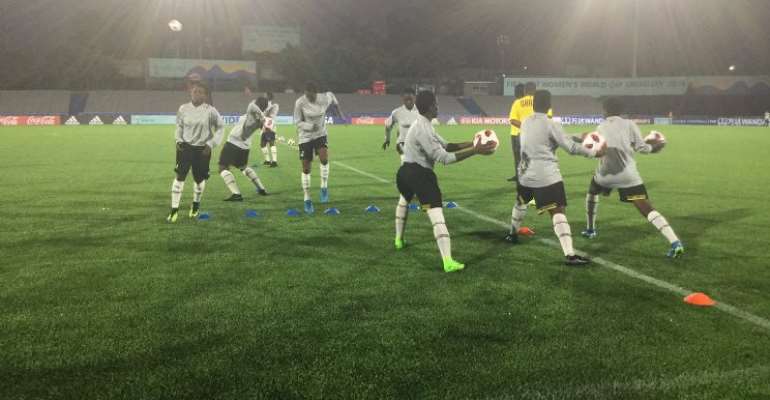 All is set for Ghana’s Black Maidens to take on their Uruguayan counterparts in the Group opener of the FIFA u17 World Cup being staged in Uruguay.

The Maidens faces top opposition in Group A but are tipped to qualify and progress to the knockout stage of the competition.

This is the 6th Edition of the competition and the Maidens with history on their side will be hoping to start the tournament on a good note by recording a win tonight.

Ahead of the game, Coach for the Maidens Evans Adotey has disclosed that the ambition of the team is to “steal the show” whiles ensuring they go all the way to the final to compete for the trophy.

“Together with my girls, out ambition is to go into this tournament to try and steal the show. We want to steal the show against top contenders”, Coach Adotey said at a pre-match conference.

Mexican referee Lucila Venegas has been picked to the match between Uruguay and Ghana.

Captain Mukarama Abdulai will be the focus attention as she has been tipped as the player to watch ahead of this game.

The kickoff time is 10pm local time with the Maidens counting on support from all Ghanaians.