We Are Almost There - CK Akonnor 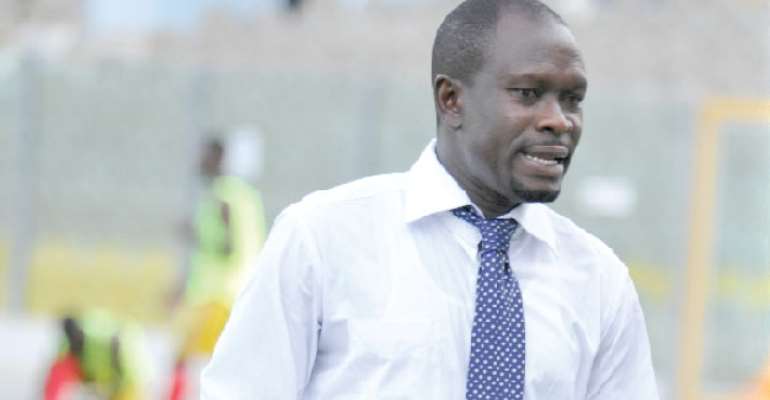 Asante Kotoko head coach, CK Akonnor is still not satisfied with his side's readiness for their continental assignment despite guiding them to a 2-0 win over Unicorn FC in a friendly over the weekend.

To the former Black Stars captain, the team is halfway through to perfection before the D-Day with two more friendlies at hand.

Notwithstanding that, the coach expressed optimism ahead of the 2018/19 Confederation Cup saying, “It was very good that we played this game. It's clear for me as a coach that the second game was a little bit better.

“We should be ready for the Confederation Cup game. From what we have seen today, we should do 20 to 30 percent more against Medeama, and then improve more on Sunday against the Togolese club.”

The former Eleven Wise/ Dreams FC trainer added “We need to improve in certain areas of the game. I am very hopeful that we would see that on Wednesday, and see the way forward against the Togolese team next Sunday, before the Confederation Cup match itself.

“We have had time to discuss the way forward with the players; how to play with the ball, without the ball and how to move. On the video analyses of our training sessions and games, it seems clear that they understand. It means that we have to work more on the field to exercise, and patiently things would improve, we are almost there.”

Kotoko will engage the winner of the Cameroon FA Cup competition in the preliminary stage of the CAF Confederation Cup scheduled for November 28.