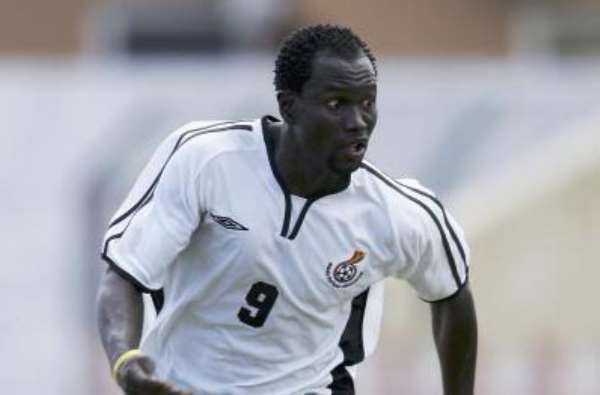 Ghanaian international, Joetex Frimpong will not be part of the Black Stars squad that will face Saudi Arabia next week Monday in a friendly in Jeddah as a result of club commitments.

Sources have hinted that the player was given the green light after speaking to some GFA officials about his unavailability.

The player is a key figure for Enyimba as they prepare to do battle against Lobi Stars in the COCA COLA FA CUP in Port Harcourt on Saturday.

The Ghanaian striker is plotting a double assault on the Coca-Cola FA Cup and the Most Valuable Player Award this season which would be concluded Saturday in Port-Harcourt.

Frimpong told the media in Nigeria that he is seriously preparing to win both laurels.

Enyimba is yet to win the Coca-Cola FA Cup competition and reports are that the entire squad is united for the competition.

Aside from winning the cup, Frimpong will also be playing to win the Most Valuable Player Award.

The Black Stars striker, who is expected to lead the Enyimba attack against Lobi Stars, was nominated alongside his Enyimba colleague and Republic of Benin International, Muri Ogunbiyi, as well as Lobi Stars forward, Timothy Anjembe for the MVP Award.