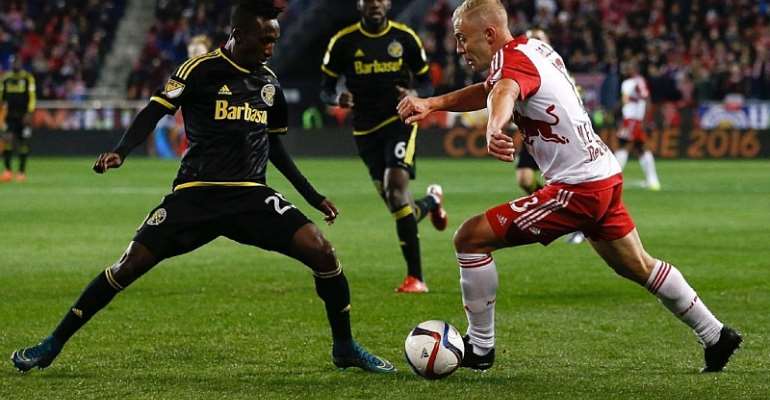 Afful and Mensah, who played the entire duration could not stop the attack of Red Bulls at the Red Bull Arena on Sunday night.

Alex Muyl scored early in the 17th minute to level the scoreline after Columbus Crew had led from a 1-0 victory at the MIAFRE stadium in the first leg.

Two quick goals in the space of three minutes from Daniel Royer in the second half ended the Black and Golds season as the home side progressed to the finals of the Eastern conference.

This was the third time in a row that Columbus Crew have reached the semis of the Eastern Conference, having lost the finals last season to Toronto FC.

Lalas Abubakar did not play last night after seeing five minutes of the first leg in Ohio.

Meanwhile, Mensah and Afful will return to Ghana for the Africa Cup of Nations qualifier against Ethiopia in Addis Ababa.