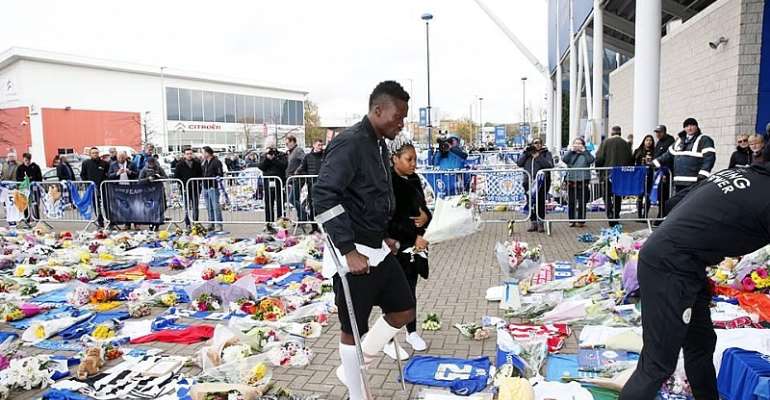 Leicester City defender Daniel Amartey could not travel to Thailand for Vichai Srivaddhanaprabha's funeral due to an injury he suffered in the game against West Ham.

The Ghana international, who joined the club in 2016 when they won the English Premier League was left behind in Leicester following his condition.

Meanwhile, players of the club travelled to Thailand for the funeral of the club's owner, who was killed in a helicopter crash.

Jamie Vardy and club captain Wes Morgan are among the players who attended a prayer ceremony at a Bangkok temple for Vichai Srivaddhanaprabha's funeral.

It began last Friday with Buddhist bathing rituals and is being followed by a week of recitation ceremonies.

The helicopter crashed after taking off from the club's stadium on 27 October, killing Mr Vichai and four others.

The 23-year-old former FC Copenhagen defender, however, paid his last respect to the owner after his surgery, 24 hours after the crash.