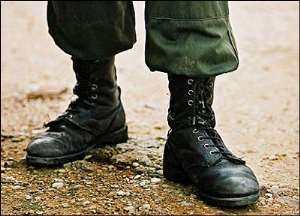 The games were aimed at fostering cordial relationship among the security services.

Papa Owusu-Ankoamah expressed the hope that games such as boxing would be considered in next year's competition, which would be hosted by the Ghana Armed Forces. He urged the security services to maintain the physical fitness and alertness of its personnel acquired during the games and to further promote them and other disciplines to reflect in their work.