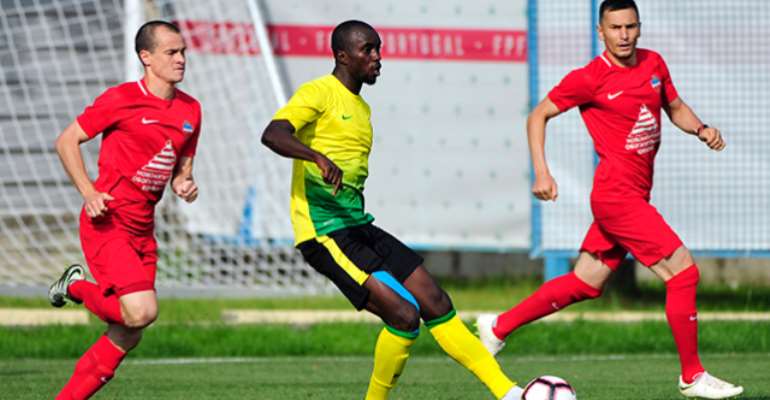 The Ghana international had to be replaced in injury time by Adlan Katsayev after suffering the know with just two minutes to end the game.

The 28-year-old, who returned to Russia after a lengthy lay off has been pivotal for Makhachkala who lie 14th on the Russian table.

Anzhi manager Magomed Adiyev will be hoping the midfielder recovers in time for their trip to Arsenal Tula.

Meanwhile, the former FIFA U-20 world cup winner will undergo scans to determine the extent of the injury.