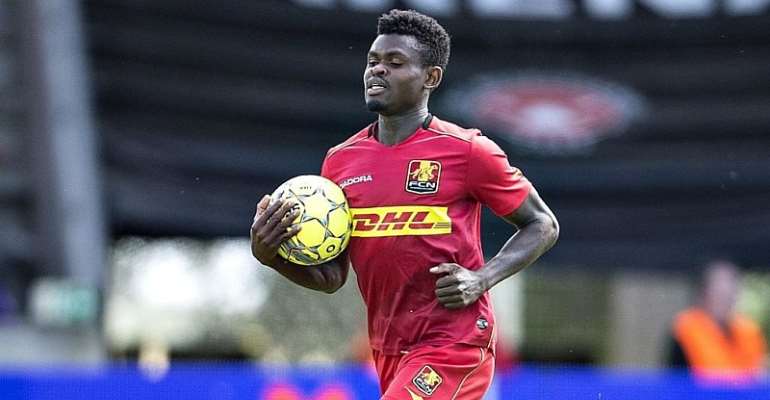 Leicester and Bournemouth are also keeping tabs on the former Manchester City forward, who has scored seven goals this term for Danish top-flight side Nordsjaelland.

City signed Donyoh from Ghana's Right To Dream academy in 2013 but then loaned him to Sweden's Djurgardens.

He joined Nordsjaelland in 2016 and has three years left on his contract.

The striker's form has put him on the brink of a call-up to the Ghana senior squad.

According to close sources, Everton could land the forward as negotiations is set to start ahead of a January move for the striker.

The Toffees have scored on 19 goals from 11 games, with most of them coming from Brazilian forward Richarlison.

With the likes of Cenk Tosun, Calvert Lewin and Ademola Lookman yet to hit their strides, Donyoh is tipped to be Marco Silva's top target.