Black Queens, Banyana Banyana To Square Off In Accra On Sunday 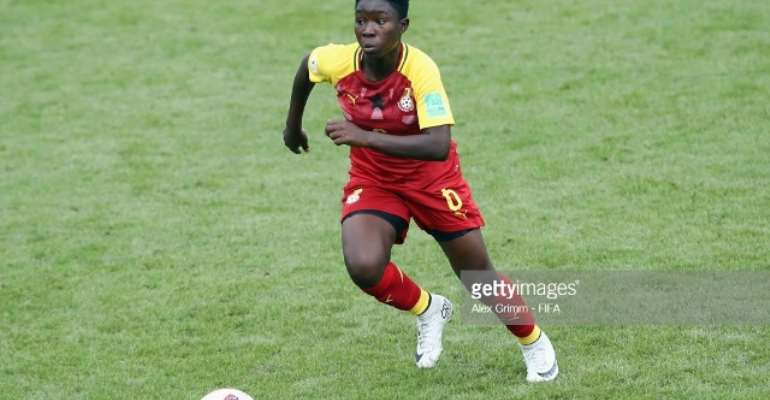 Gradually, the momentum is building up for the 2018 Women’s Africa Cup of Nations (AFCON) and on Sunday, the nation and rest of the world will get to know just how ready Ghana is when the Accra Stadium is officially opened after undergoing renovation.

On Sunday, Ghana’s Black Queens will host South Africa’s Banyana Banyana in what will be the highest profile international friendly the two sides will engage in before they get down to action for the November 17 to December 1 tournament.

The two sides are drawn in Group A and B respectively and can only clash at the tournament after the group stage, thus they will approach this game as a preparatory one, rather than one of those intense high-stake encounters.

While the match, to be played at 3pm, just six days before the big kick off between Ghana and Algeria at the same venue, will help test the readiness of the two sides for their group campaign, it will also be a dress rehearsal for the preparedness of the Local Organising Committee (LOC) and to test run the facilities.

However, for most Ghanaian fans, the focus will be the performance of their Black Queens who they are fully supporting to host and win the tournament.

The two teams, who are established rivals, given the number of times they have clashed, come into Sunday’s game with contrasting preparations, but the same focus as they seek to send the right signals to both their fans and their challengers in their respective groups ahead of the Women’s AFCON.

The South Africans, enjoying sponsorship from Sasol, have been the busier side this year, travelling around the world to play in several international competitions, which they rounded up with two international friendlies against Chile. Losing 1-2 in the first game and then drawing 2-2 in the second earlier last month. They then went on to win the 2018 edition of the COSAFA tournament they hosted.

On the other hand, the Black Queens had their first international test last Saturday against Zambia, having taken the lead earlier they eventually lost by 2-3.

While it was a disappointing end, Coach Bashir Hayford said there were a lot of positives to be drawn from the Zambia game and that would inspire them to improve.

“I must say the Zambia game was a good reality check for us. It was the first time the local-based players, who had been in camp all this while, were playing with the foreign-based players, so we were not expecting a 100 per cent good show.

“From the Zambia game, we need to step up on maintaining concentration the full 90 minutes as the goals were conceded in the final 15 minutes. Also, we need to improve on our endurance

“We started on a high not and did well with the high-pressing game, but we could not sustain it and that is another area we will need to improve upon,” Coach Hayford told the Graphic Sports newspaper.

He, however, was optimistic that Sunday’s game will be a good one for both sides as it would be the final game before the tournament kicks off.

Before Sunday’s game, the Queens will play Kenya in another friendly game in Nairobi on Wednesday, after which they will return home to prepare for the South Africa encounter.

South Africa are also billed to play either Botswana or Zimbabwe in a friendly tomorrow.