'I Am Ready To Move On' - Hearts of Oak's Akrofi Declares 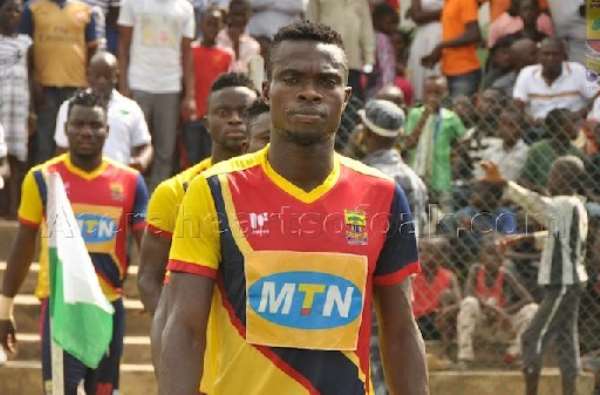 Richard Akrofi has insisted that he is not worried about the decision of the management of the club to terminate his contract by mutual agreement after serving them for three seasons.

Hearts of Oak on last week Friday released the centreback and goalkeeper Silvanus Evans Gbeti, citing non-performance and financial constraints in paying their salaries as reasons.

“I received a letter from the management on Friday saying that they don’t need my services anymore, but I am not bothered.

"I just want to continue with my training, stay focused and look for another club.

"I am sure that if I had got a club or a contract earlier and I wanted to leave Hearts, they would have resisted it, but look at what they have done to me.

"I will still play football with or without Accra Hearts of Oak,” lamented Akrofi in an interview with the Graphic Sports.

Akrofi, 26, joined the Phobians from Wa All Stars during the 2015/2016 league season and put up an excellent display during his first season at the club and became a mainstay in the Phobians’ rear guard, forming a solid partnership with former captain, Robin Gnagne.

However, the defender’s performance declined and subsequently fell down the pecking order as he made just five appearances in the 2017/2018 season until it was suspended in June at the end of the first round.

Gbeti, 26, leaves the Phobians after joining them three seasons ago from Bolga All-Stars.

He made just two appearances this season against Techiman Eleven Wonders and AshantiGold.