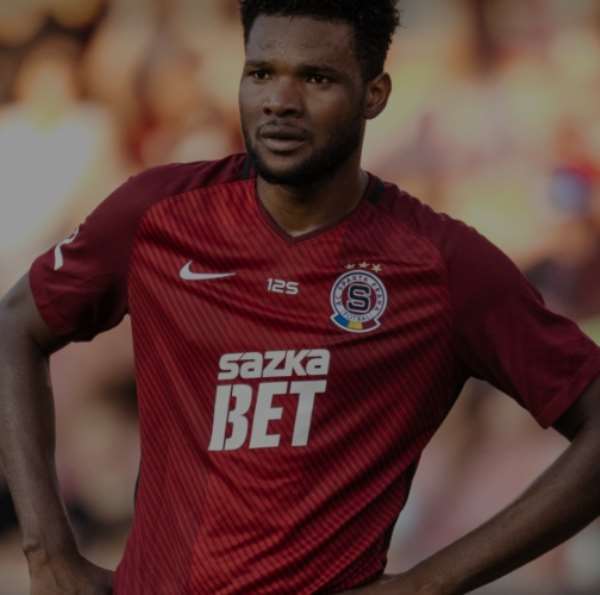 In-form Sparta Prague forward Benjamin Tetteh picked an injury during their 2-2 stalemate with Slavia Prague in the Prague derby on Sunday.

Tetteh rose highest to powerfully head home to restore parity for the Generali Stadium outfit on the 42nd minute after Ondrej Kudela had given Slavia Prague the lead on the 36th minute.

The former Dreams FC striker could not add to the tally in the game after suffering an injury and was stretched off the field in the 64th minute.

Tetteh has netted 8 goals in 14 games for the side in the ongoing top-flight league.

Slavia retain their place at the top of the table on 34 points after 14 matches with Sparta seven points adrift of the leaders within third place.