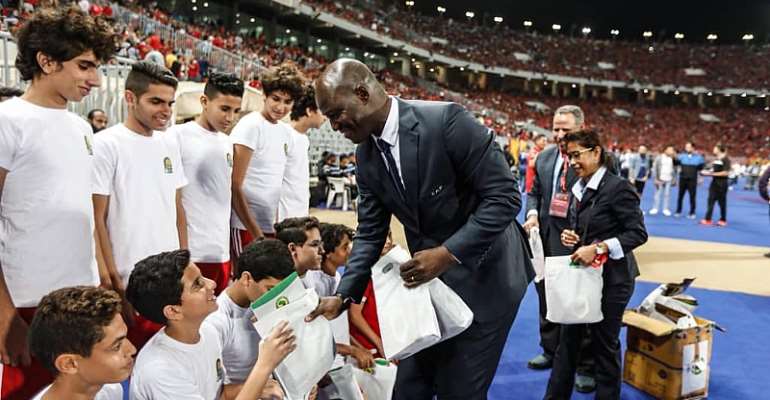 The Confederation of African Football (CAF) made donations to the Ball Boys for the CAF Champions League finals between Al Ahly and Esperance de Tunis.

The Ball Boys and the Flag Boys were handed some educational materials as part of CAF President Ahmad Ahmad's initiative of CAF4Education campaign.

The boys were presented with the materials before the finals between Ahly and Esperance at the Borg El Arabi stadium in Cairo.

The game ended 3-1 in favour of the host, with the second leg scheduled for November 9th in Tunisia.

Amr el Soulia scored the other goal for the hosts before a 60,000 crowd at the Borg el Arab Stadium in Alexandria and Youcef Belaili converted a penalty for Esperance.

Ahly have won their last three away matches against Esperance in the premier African club competition and are favoured to lift the trophy a record-extending ninth time after the return leg next Friday.