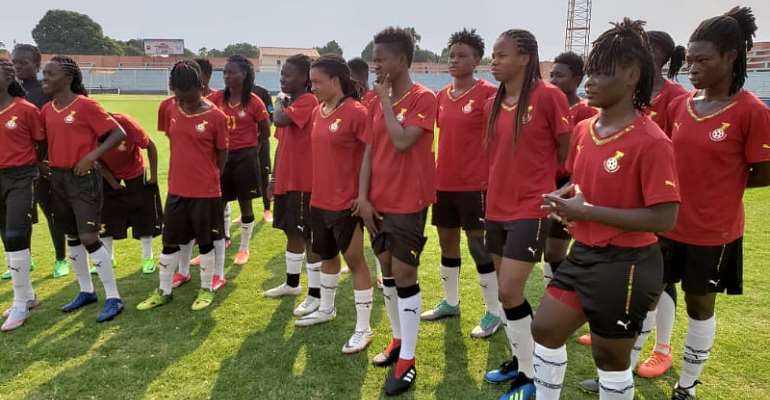 Ghana blew away a two goal lead when they suffered a shock 3-2 defeat to Zambia in their pre-2018 Africa Women's Cup of Nations friendly on Saturday.

Racheal Kundananji scored a second-half hat-trick to leave the Black Queens in disarray in their first match of their preparation for their country's hosting of the tournament.

The Black Queens raced into a 2-0 lead by half-time before surrendering the contest to the home side in the match played in Lusaka.

Portia Boakye opened the scoring in the game before Elizabeth Addo struck few moments later to establish a comfortable lead before the break.

But the Kopa Queens rallied after the break to score three answered goal and spark concerns for Bashiru Hayford's side with just two weeks to the start of the competition.

Kundananji was too difficult for the Ghanaians to handle as she scored three times to give her side the turnaround to secure the deserved victory.

The defeat has sparked concerns that the Queens would be unable to secure the title when they host the rest of the continent in two weeks time.

Ghana traveled to Zambia to engage in the high profile friendly ahead of the AWCON which starts on November 17.

The Black Stars will open their AWCON campaign when they face Algeria with Zambia battling Kenya a day later in Cape Coast.