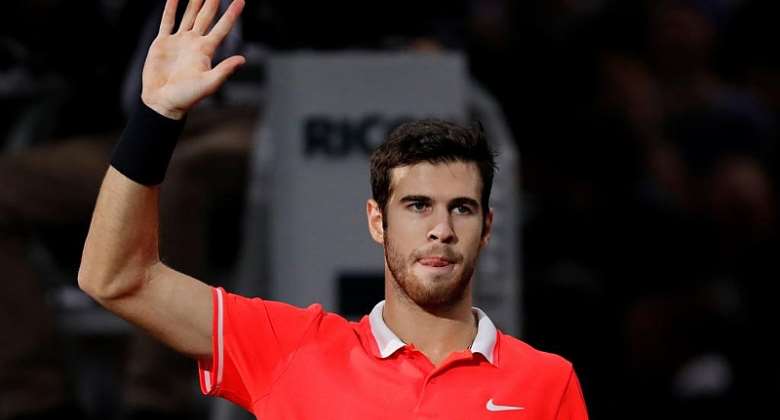 Karen Kachanov crushed Dominic Thiem 6-4 6-1 on Saturday to advance to his first final at a Masters series.

The 22-year-old Russian – touted as one of the future stars of the circuit – continued his impressive run with a 70 minute demolition of the sixth seed from Austria.

When he arrived in Paris, he had only won three of his 16 matches against players in the top 10

However on Thursday in the last 16, he saved two match points on his way past the world number nine John Isner.

On Friday he dispatched the fifth ranked Alex Zverev 6-2 6-1 and he accounted for Thiem, the world number eight, in a similarly ruthless fashion.

Kachanov will face an altogether more arduous task in Sunday's final. He will vye with either the second seed Novak Djokovic or the third seed Roger Federer.

Between them they have 59 Masters titles and 34 Grand Slams.

Hottest Photo Reports
Catch up with all the political quotes from our politicians.
Advertise here
More from Tennis
ModernGhana Links
Serena Williams announces she will 'evolve away from tennis' after upcoming US Open
Serena Williams beats Nuria Parrizas Diaz for first singles win in over a year
Williams hints at retirement from tennis after first win since 2021 French Open
TOP STORIES

Akufo-Addo doesn't have to advertise his reshuffle — Kyei-Me...
52 minutes ago

Stop threatening ECG Staff, we are losing out livelihood — N...
52 minutes ago