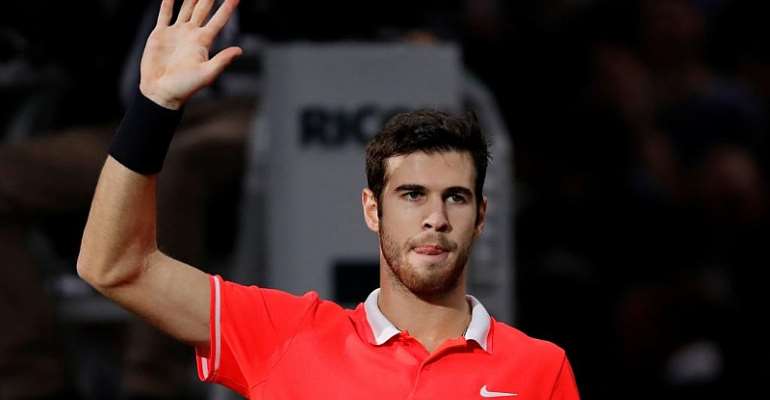 Karen Kachanov crushed Dominic Thiem 6-4 6-1 on Saturday to advance to his first final at a Masters series.

The 22-year-old Russian – touted as one of the future stars of the circuit – continued his impressive run with a 70 minute demolition of the sixth seed from Austria.

When he arrived in Paris, he had only won three of his 16 matches against players in the top 10

However on Thursday in the last 16, he saved two match points on his way past the world number nine John Isner.

On Friday he dispatched the fifth ranked Alex Zverev 6-2 6-1 and he accounted for Thiem, the world number eight, in a similarly ruthless fashion.

Kachanov will face an altogether more arduous task in Sunday's final. He will vye with either the second seed Novak Djokovic or the third seed Roger Federer.

Between them they have 59 Masters titles and 34 Grand Slams.