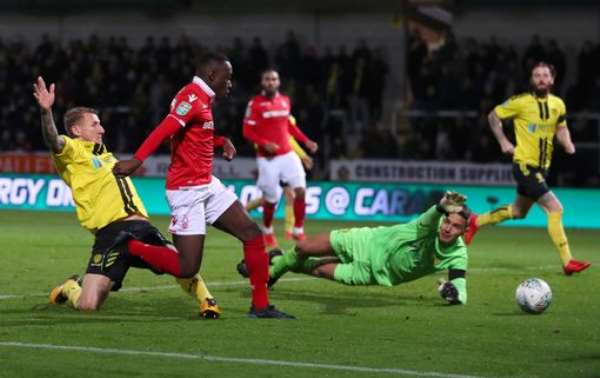 English born Ghanaian youngster Arvin Appiah marked his senior debut at Nottingham Forest with a goal against Burton Albion in the EFL Cup.

The 17-year-old made his presence felt when he came on in the 84th minute to replace Liam Bridcutt by scoring just six minutes into his debut despite suffering a 3-2 defeat.

An own goal from Saidy Janko and one from Scottish midfielder Scott Fraser put League One Burton in the driving seat to spare the blushes of Liam Boyce, who missed a first-half penalty, before substitute Lewis Grabban pulled one back.

Jake Hesketh made sure with a stunning volley in the 82nd minute before Arvin Appiah pulled one back for Forest in added time.

Championship side Forest, made 10 changes to Saturday's 1-1 draw against Leeds United as they looked to reach the last eight for the first time since 1995.