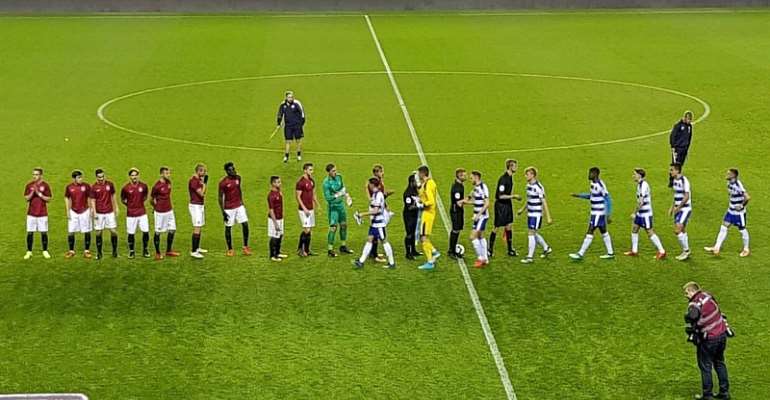 The former Dreams FC midfielder bossed the middle for the Czech side and provided an assist for midfield partner Ondrej Novotny.

Danny Loader opened the scoring for the English Championship side in the 51st minute before Novotny levelled six minutes later.

The Czechs took control of the game and ten minutes later took the lead through Vojteck Patrick.

But Loader got his brace when he netted in stoppage time.

Sparta Prague will next face Dutch side Feyenoord in the Premier League International Cup.

The Premier League International Cup is an English football competition for U23 players from across Europe.

It was designed to provide players in English Category One academies with the opportunity to match themselves against other elite European footballers from their age group in a competitive environment.

The competition was created by the Premier League as part of the organisation's Elite Player Performance Plan and is not sanctioned by UEFA.