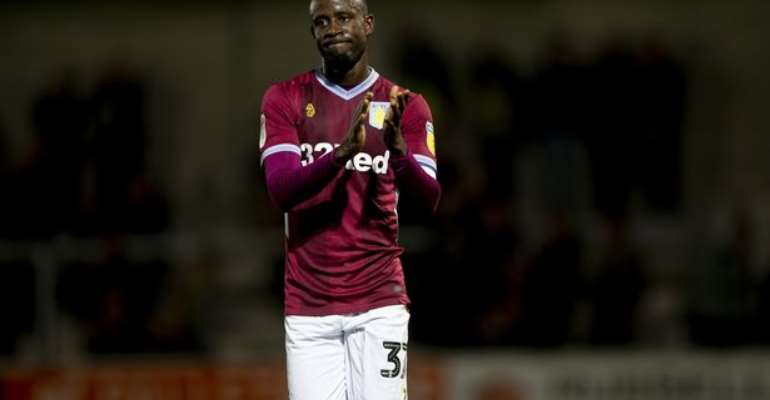 Aston Villa boss Dean Smith has ruled out Ghana winger Albert Adomah from Championship clash with Queens Park Rangers on Friday due to a knee injury.

Villa Play as a guest to Queens Park Rangers on Friday at Loftus Road and Deen maintains that Adomah will not play any part.

Adomah sustained the knock in midweek when Villa were beaten by Norwich.

'Albert has a knock on his knee,' Smith told the Express &Star.

'It was a knee on knee. He hobbled out. It was a blow, that one because I thought he was giving their full-back some real trouble.

Adomah has played 12 games for Villa this season registering one assist.