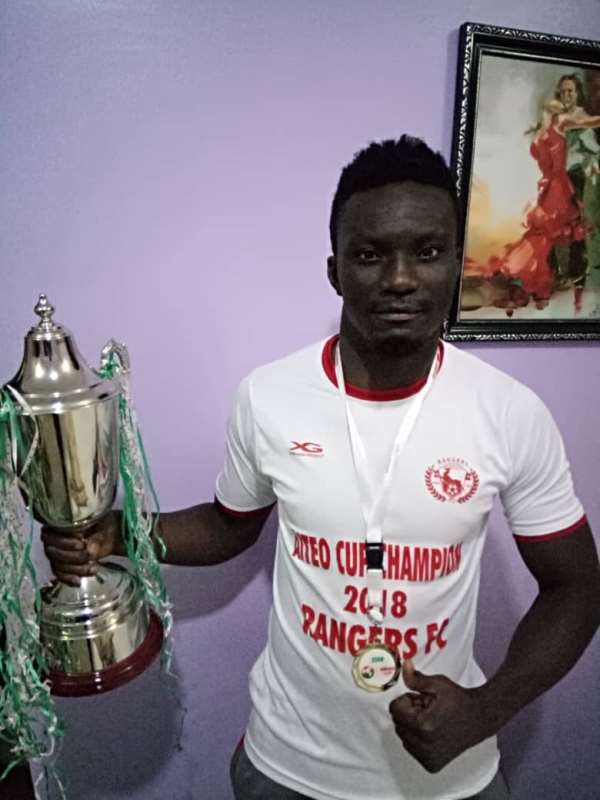 Nana Bonsu's heroics helped Enugu Rangers staged a thrilling comeback from 3-1 down to defeat Kano Pillars on penalties in the 2018 Aiteo Cup on Wednesday.

Pillars looked to be cruising to their first-ever Cup triumph when they led 3-0 with just thirteen minutes to play at the Stephen Keshi Stadium in Asaba.

But the introduction of Nana Bonsu changed the dynamics of the game as Kevin Itoya pulled a goal back to give Rangers a glimmer of hope before Chidera Ezeh made it 3-2, and substitute Ajani Ibrahim's brave diving header restored parity in injury-time.

The former Liberty Professionals custodian managed to save two penalties during the shoot-outs before defender Isaac Loute completed the Rangers revival by scoring the decisive penalty to clinch the coveted trophy 4-2.

The victory is Rangers' first Nigerian Cup since 1983.

Rangers will represent Nigeria in next year's CAF Confederation Cup after claiming their sixth Nigerian Cup title in total, pocketing a cash prize of 25 million Naira ($69,000).

On Voting Day: Media Tasked Not To Rush To Declare Their Own...
1 minute ago