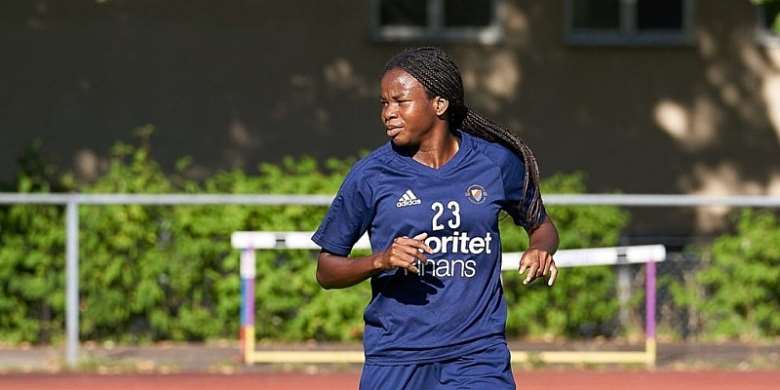 Sweden based striker Sherifatu Sumaila has earned a call-up to the senior national female team ahead of the Africa Women's Cup of Nations in Ghana.

The former Black Maidens and Black Princess forward has been invited by coach Bashiru Hayford as he seeks to boost his attacking options.

The team has been preparing ahead of the tournament at the Ghanaman Soccer Center of Excellence and the arrival of Sumaila will boost the squad with experience from players plying their trade abroad.

Coach Bashiru Hayford is yet to announce his final squad for the tournament.

Ghana are in group A with Algeria, Mali and Cameroon.

The tournament begins on November 17th and ends on December 1st.