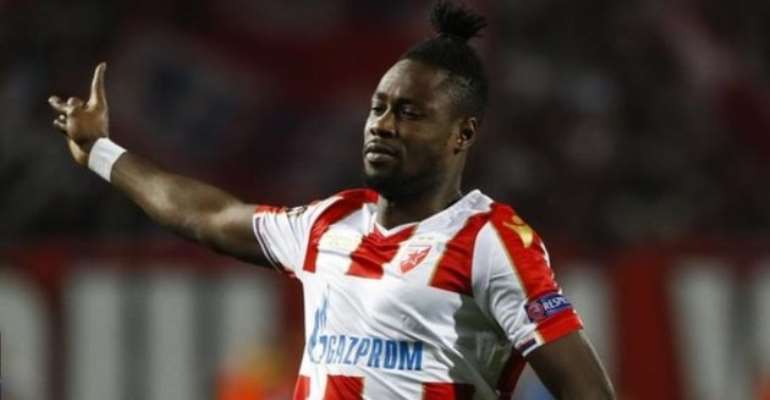 Ghana striker Richmond Boakye-Yiadom led the attack for Serbian side Red Star Belgrade in their 4-0 drubbing at the hands of Liverpool on Wednesday night in the UEFA Champions League Group C.

Boakye went into the match with an impressive goal form five goals in five competitive matches but could pull his side along.

His performance mirrored the team's output at Anfield.

Red Star Belgrade are now bottom of the group with one point from three games.

It was a dominant display from the hosts, Roberto Firmino firing in Andy Robertson's cut-back on 20 minutes.

Salah got his first just before the break then added a second to reach an impressive landmark by converting a penalty won by Sadio Mane.

Mane then slotted a fourth goal with 10 minutes to go, having missed another penalty just moments before.

I've toured the country and majority want to vote for compas...
40 minutes ago