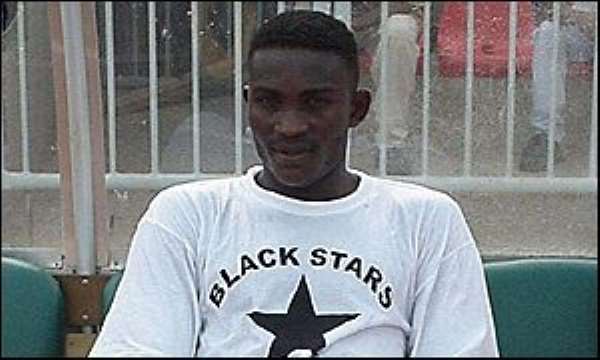 One time captain of the Black Stars, Emmanuel Osei Kuffuor, says he will never look down on a call-up to play for the senior national team the Black Stars again.

The 2000 African Champions League goalking said his performance in the GT Premier League is no fluke but attributed it to hard work, dedication and commitment on his part.

He said those who says he is aged and therefore cannot stand the test of time are singing the song of the doubting Thomas. He is ever ready to play full 90 munites of real soccer in any league under the sun.

Kuffuor, who has so far scored 12goals in the league and is looking forward to clinch the top scorer award ahead of Prince Tagoe who has 13 goals in the remaining 2 matches, said he will cherish a call to the Black Stars to justify his inclusion if the head coach Ratomir Djukovic so wish.

On the Black Stars qualification to both the world cup and the nations cup next year, he said Ghanaian soccer fans should not forget that after the Bamako Fiasco in 2002, a lot of soccer administrators especially Mr Fred Osam Duodu and Mr Ben Kwoffie prophesised that Ghana's future lies on that team of which he was captain and no wonder about 90% of current team are products of 2002 squad.

On his experience,Kuffour said he has seen it all on the African soil both in the Champions League and the Nations Cup.He said, he has also met great and tougher defenders than those in GT League but was able to sail through and believe he have more football in him than what we have seen of him if given the opportunity.

On the performance of AshantiGold he said, something went wrong along the the line but they have now resolved and promised their fans that the real Abuakesie will bounce back next season.