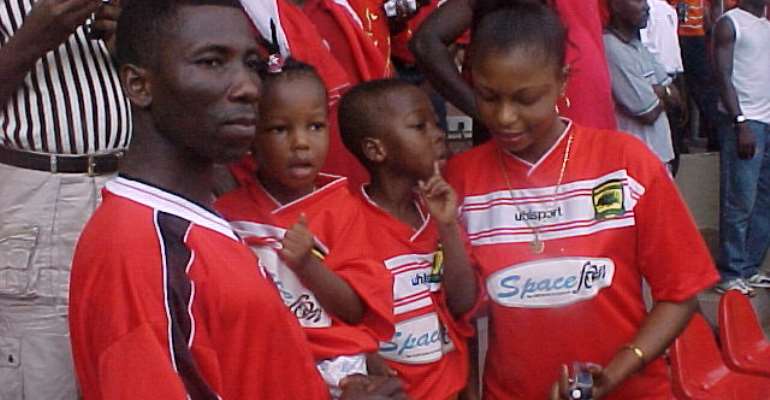 Accra, Oct. 31, GNA - Prior to the 28th week league matches, there were still doubts over who would emerge as the real winner of the GT Premier League when after the 30th week league matches eventually comes to a close especially as the two leading teams were separated by a point.
The way however now seems clear, as the current leaders Kumasi Asante Kotoko have taken a commanding four-point lead on the table and look certain to clinch the ultimate after the 30th week matches. But for mathematical calculations and the uncertainties of football, one can confidently confirm that the 'Porcupine Warriors' are through with the championship agenda, especially with the loss of Accra Hearts of Oak in their last league game.
As the league continues on Sunday, November 6 at the various league centres, the value on the clash between Real Tamale United (RTU) and Kotoko at the Tamale Kaladan Park has depreciated and will be of no relevance to the championship aspirations of the Kumasi lads. This is because any form of misfortune at the "Sakora Park" will still keep Kotoko at the top of the table.
RTU will however need the three maximum points at stake to enhance their chances of playing in the prestigious Top Four Competition next year and that will be an added source of motivation for the 'Pride of the North' to go past Kotoko at their favourite home grounds. At the Accra Sports Stadium, badly bruised Accra Hearts of Oak will surely vent their spleen on visiting Kade Hotspurs to appease their worried and disgruntled fans.
Liberty Professionals will need more than a miracle to survive at the hands of Real Sportive at the Tema Sports Stadium while Power FC will trek to Swedru to battle Gomoa Fetteh Feyenoord to prove to all that their victory over Hearts was no fluke.
Sekondi Hasaacas will play host to Tano Bofoakwa at the Gyandu Park with King Faisal searching for honours against relegation threatened Heart of Lions at the Baba Yara Sports stadium in Kumasi.
Okwawu United will surely be heading for trouble when they storm the Berekum Golden City Park to face Arsenals but the desire to avoid relegation will set the 'Mountaineers' on for at a least a draw while Ashgold welcome another relegation threatened side, Ebusua Dwarfs to the Obuasi Len Clay Sports Stadium.

COVID-19 Vaccine will build body immunity after two weeks of...
10 hours ago

Parliament to roll out plan for covid-19 vaccination of MPs,...
10 hours ago