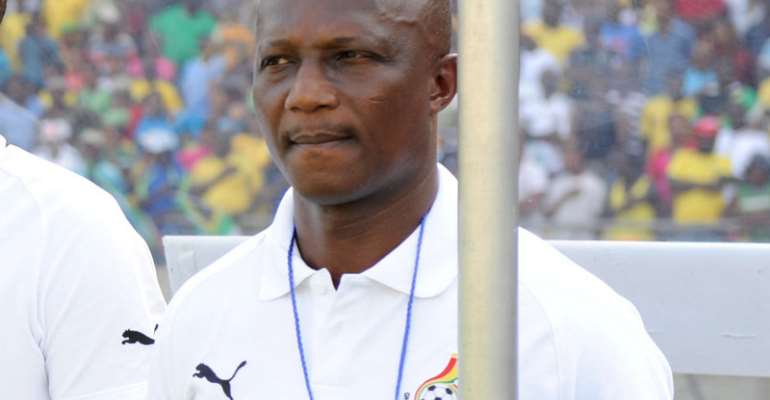 Head coach of the Black Stars, Coach Kwesi Appiah has reiterated that his two years contract given to him under the Kwesi Nyantakyi's led administration is not enough.

After failing to deliver in the 2014 FIFA World Cup in Brazil, the 58-year-old was reappointed as the head coach of the team on a two-year deal in May 2017 after the exit if Avram Grant.

According to him, he would need more than two years to successfully achieve that target given to him.

“I believe if you want to build a team towards a future then two years isn’t enough,” Appiah told Kumasi based Silver FM.

”Looking at my two years given it’s not enough and for me even if you given one year, within the one year you have to prove what you can do, do the best that you can and I’m doing what I can but at the end of the day if managers of our football think I’ve done well and they want me to continue, that’s fine.

”But again if it happens that you leaving within the one year, you have to leave a trademark for anyone that will replace you won’t find it difficult to continue,” he added.

Quizzed whether he would want his contract with the Ghana Football Association renewed after the expiration of his initial two-year contract he said, “The most important thing is in every work like you being a journalist, your contract will be extended with your work done so if football people look at my work done and they feel it’s appreciable then fine, they can decide to extend it for me but all will depend on me”.

The former Al Khartoum manager has been tasked by the then Ghana FA to win 2019 AFCON in Cameroon.

History will be kind to Rawlings – Akufo-Addo
2 minutes ago