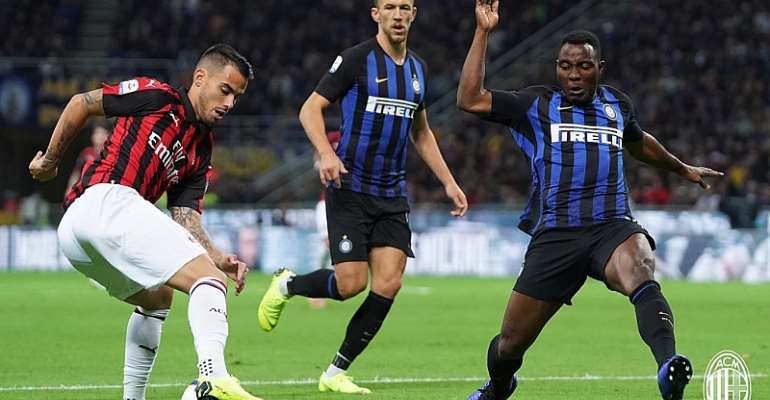 Ghana midfielder, Kwadwo Asamoah has hailed his teammates after their 1:0 impressive win over AC Milan in the Milan derby on Sunday.

The 29-year-old lasted the entire duration as a Mauro Icardi settled the game with a dramatic late winner.

The 222nd Milan derby was heading for a stalemate before the Argentine striker headed in Matias Vecino's cross.

Inter - who lost Radja Nainggolan to a first-half injury were deserved winners, but it was a lacklustre game.

The closest either side came before the winner was Inter's Stefan de Vrij hitting the post from close range.

Icardi who only touched the ball 15 times in the entire game - and AC Milan's Mateo Musacchio both had goals correctly disallowed for offside.

Inter move up to third with the victory with AC Milan remaining 12th and will be hoping to continue their impressive against Barcelona in the Champions League.