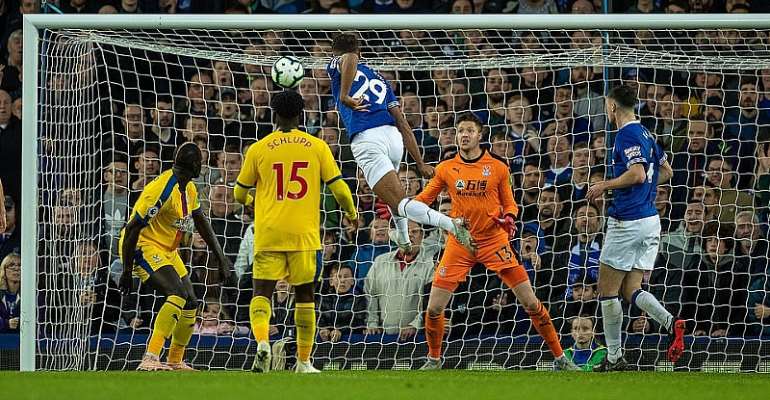 Everton's super-subs ensured a third win on the spin as they left it late to beat Crystal Palace at Goodison Park.

The Toffees looked set for a frustrating afternoon but the introductions of Cenk Tosun, Dominic Calvert-Lewin and Ademola Lookman had the desired effect.

Everton could have found themselves behind early in the second half when Seamus Coleman tripped Wilfried Zaha in the area.

Palace skipper Luka Milivojevic stepped up but England stopper Jordan Pickford kept out his penalty with an outstretched leg.

And the visitors were made to rue that missed opportunity as Everton struck twice in the last four minutes.