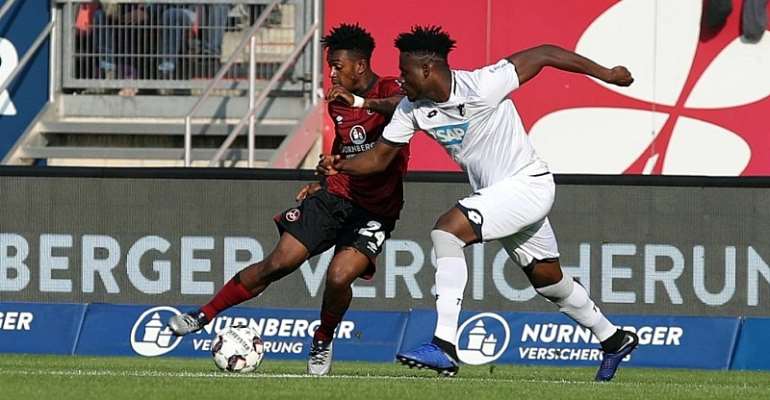 Ghana defender Kassim Nuhu Adams has revealed his excitement on making an injury return in TSG Hoffenheim's victory over Nuremburg in the German Bundesliga on Saturday.

The defender was making his first appearance since picking up an injury in match day two of the Bundesliga against Freigburg.

Adams came on in the 68th minute to replace Kevin Akpoguma as Hoffeinheim secured an away victory over the Bundesliga returnees.

"After a little over 4weeks on the sidelines, i feel very happy to play football once again and help @ achtzehn99_en get all 3 points. Fans were great today. On to the next one. Alhamdulila, Allah is Great" the 23 year old posted on Twitter.

On loan Arsenal forward Reiss Nelson got Hoffeinheim in the game after grabbing an equalizer in the 50th minute when Hanno Behrens had put Nuremburg in the lead after 18 minutes.

With the win, Hoffenheim moved to eighth on the Bundesliga table. Their next assignment is a Champions League clash against Lyon.