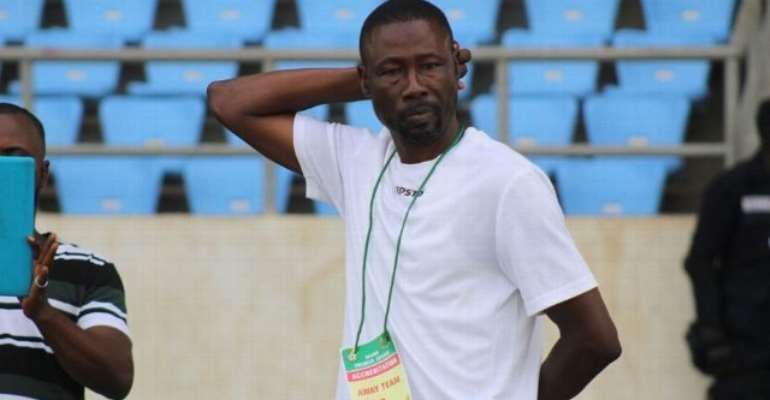 Ghanaian players and coaches traveling to work across the African continent has become fairly common these days.

From Angola through to Zambia, there are many Ghanaian players and coaches making a living in various African leagues.

However, even by these standards, the story of Mumuni Abubakar Sokpari is unique.

The former Wa All Stars coach has pitched camp in Somalia, a country ravaged by civil war and insecurity, in pursuit of his coaching career with Elman Sporting Club.

Speaking to KweséESPN, the coach has shared his unique insight on life in Somalia, and the reaction he's received from friends and family since making the decision to move to Mogadishu.

"The first reaction is that this is a war-torn area and an unsafe place, so everyone wonders why I am here," Sokpari began. "For me, it is not a bad place because, as a Muslim myself, I am at ease with the lifestyle here."

Sokpari worked for much his coaching career in northern Ghana before working in the Ghana Education Service system.

His big break was with former Ghana Premier League champions Wa All Stars whom he helped to the season-opening Gala title in February.

With the Ghana league in a state of uncertainty and with little to do in his homeland, Sokpari took up an offer from veteran Ghanaian coach Oti Akenteng after an opening emerged in Somalia.

"He told me a club in Somalia wanted a coach and I said I was interested. They looked at my CV and decided I was good enough to be their coach so I took the opportunity."

It is an opportunity that Sokpari hopes opens up the door to the East Africa football market.

"Maybe if I do well here, one day a club in Kenya or one of the neighbouring countries will see that and give me a chance," he continued. "Or maybe I can make the breakthrough at international level here.

"There are many possibilities."
In the meantime, he is keen to focus on the football in Mogadishu, where the coach has already experienced an immense passion and appetite for football.

"The local games are well attended and people genuinely love the sport. I like that kind of environment because I am here for a purpose and the way I live here is built around that.

"My routine is from the house to the training grounds, match venue and back," the coach continued. "I live like everyone else and spend a lot of my time watching football on TV."

The passion may be there, but Sokpari admits the football standard is low. Although it's an area where he believes he can make a tangible impact.

"There are things like the quality of pitches that Ghana can learn from because they use mostly artificial pitches.

"The standard of football is much lower but there are players who are very willing to learn," the coach concluded. "If I can improve a few players in my time here, I will consider that a success."

N/R: Bagre Dam spillage victims ordered to move from the pre...
46 minutes ago