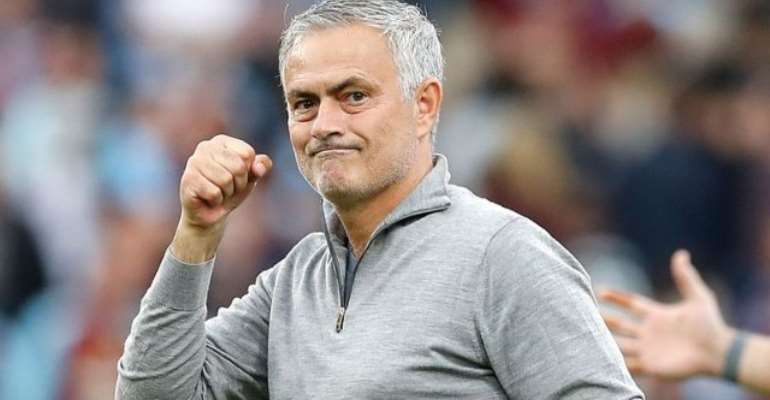 Michael Essien has backed Jose Mourinho "to turn things around" at Manchester United and says he is the manager's No 1 fan.

Mourinho, who refers to Essien as "my son", was a big fan of the Ghanaian - signing him at Chelsea and also taking him on loan at Real Madrid.

However, Mourinho has struggled to recreate the success he experienced alongside Essien since arriving at United with his future coming under intense scrutiny following a poor start to the season.

"As a player, he had a very big influence on me. He was the one who brought me to Chelsea and he took me with him to Madrid to play under him," said Essien.

"There is such a great relationship between us. He is just a great manager and I know that he has been having a bit of a tough time in Manchester, but knowing him I think he is going to turn it around.

"I am backing him because I am still going to be his No.1 fan!

"I have to back him to turn things around and it is a difficult situation but I am sure that he can do it.

"You know that when you play under Mourinho, you know you are going to win titles. He has been at United for two or three years now and he has been winning trophies.

"This season seems a bit difficult now but the season is still long and they still have a lot of competitions to play."

United made their worst start to a league season in 29 years, but were able to head into the international break on a positive note after fighting back to beat Newcastle 3-2 despite being 2-0 down after ten minutes.

The win over Newcastle gave Mourinho some respite but if they lose on his return to Chelsea this Saturday his position will once again be under the microscope.