Only injury Can Force My Retirement - Asamoah Gyan 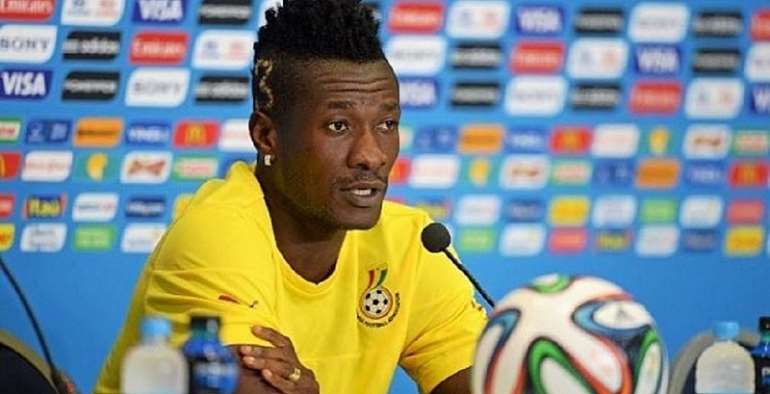 Black Stars skipper, Asamoah Gyan has given the clearest indication that insisting that only injury can make him call it a day with the side.

The Kayerispor forward have brought to public scrutiny after he was named in Kwesi Appiah's 23 man squad for the Sierra Leone AFCON qualifier that was eventually cancelled.

Many believe there are several options coach Appiah could have handed call-ups to following the former Sunderland hitman's failure to churn out regular playing time at club level.

However, despite calls from some quarters for Gyan to retire from international duty, the striker insists he will continue to honour Black Stars call-ups as long as his legs can take him.

"It's only injuries that can make me retire from football and not age," Gyan categorically stated on Zylofon Sports.

"I only need to be consistent without injuries and I'll be back to my form. Call-ups are solely the preserve of the Black Stars coach. He decides whom to call at a particular time and whom not to call.'