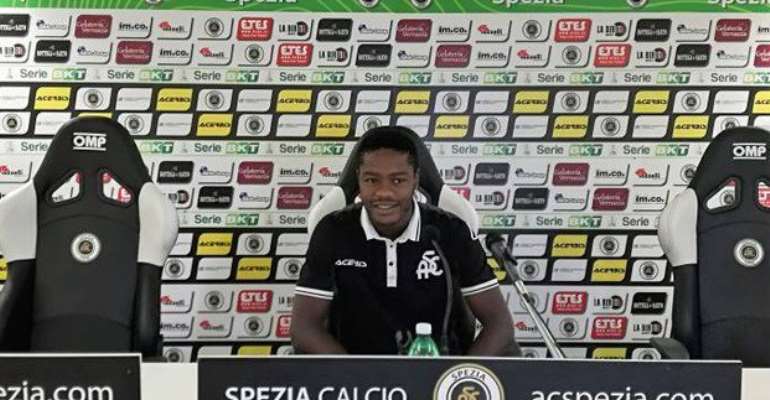 Ghanaian forward Emmanuel Gyasi has emerged as a target for to side in Holland and Belgium despite renewing his contract with Italian side Spieza.

The 24-year-old, who is enjoying a good start to the season at Spieza signed a new three year deal with the club last week.

But his performances has seen him attract other suitors in Europe.

According to reports in Italy clubs from Belgium and Holland has sent scouts to watch the Italian born Ghanaian as they prepare a mouth-watering deal for the inform attacker.

Gyasi has been a member of the Ligurian club since summer 2016.

He has played on loan with Pistoiese in recent seasons and SudTirol before returning to Liguria last August.

The 24-year-old has made seven appearances thus far, scoring a goal and providing two assists.