Jordan Ayew Will Get Off The Mark Soon - Crystal Palace Legend 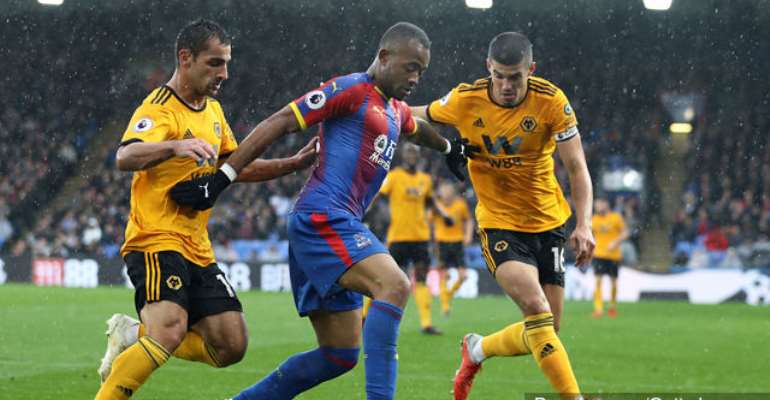 Ayew joined the Eagles on a season-long loan following Swansea City relegation into the Championship.

The 27-year-old has however failed to hit the back of the net in the five games he's involved in as the London-based side struggle to churn out good results in the Premier League.

Roy Hodgson's men have failed to record a victory in their last four games in the top-flight which has put pressure on the strikers to deliver.

But ex-Palace frontman Andy Johnson is upbeat about Ayew's chances of getting off the mark very soon after watching him closely from their Beckenham training ground.

'Jordan Ayew has just joined and I think he has done fantastic," Johnson said, as quoted by Football London.

"He works hard, and I think when he gets his first goal, he might go on a goalscoring streak. It just takes something like that to score.

Article continues below 'I don't think it is down to anything, there are plenty of teams who will be talking about a lack of goals.

'Loads of teams are in that boat, but the team is chipping in with goals, which is important," he added.

Ayew is expected to lead the line against Everton at Goodison Park when the English Premier League resumes this weekend.